Well I’ve been pretty slack with this blog thing lately… There’s no way I’ll do justice to most of the stuff that’s been going on, so how about we just do a quick, mostly photo-based run through of some cool NZ places I’ve been in the last several months?

It’s sitting out there in Auckland harbor…Auckland’s most recently erupted volcano (~600 years ago), looking pretty and green and just a bit intimidating. Could it erupt again? Not likely (as part of a volcanic field, it’s classified as monogenetic–that is, it’s one shot only by definition), but that’s actually a pretty intense academic debate that I’ll leave alone here. Lucky for me I just got to have a nice ferry ride over, a short climb to the top, and a walk through some cool lava tubes.

View of Auckland skyline from the ferry 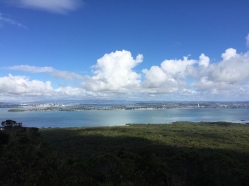 Pretty nice view from the top of Rangitoto 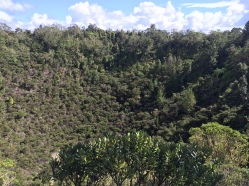 The crater isn’t all that volcano-y looking 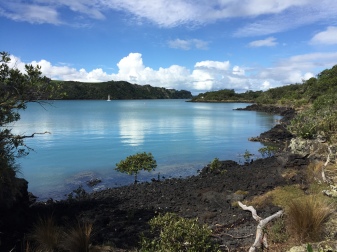 And the volcano itself, of course!

More Taranaki Fieldwork and the coldest night of my life

Did a few more fieldwork trips to Taranaki for a bit more sample collection back before winter began. Mostly little of note, but on my last trip of the season, I camped overnight on the way from Auckland to Wellington with the hope of collecting a few last samples. Let’s just say I slightly underestimated how cold it would get at night and ended up so cold that by 3am I couldn’t sleep anymore and had to sit in the car. Oops. Unbelievably clear and beautiful night sky, though, and I did get my samples, so not so terrible in the end! 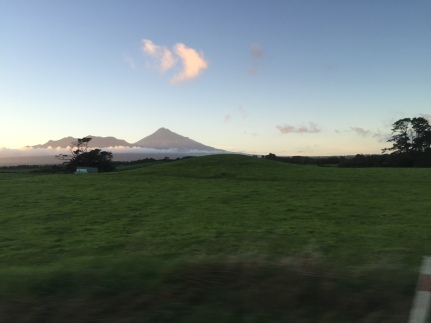 Always good to see my friend.

Working in the river channels as usual.

Still looks great even without snow on top!

Pretty in the dark, but sooooo cold. Next time with a camera that can show the stars!

Also messed around with some time lapses during the sunset. So you can see what it looks like for the sun to set in Taranaki on a clear day!

I continued down to Wellington afterwards to experiment on the samples I’d just collected–here’s what it looks like from my lab at the University of Victoria perched high up on the hill above the city centre.

A bit of Auckland regional geology

A few field trips, some uni-related, others just for fun to check out some cool regional parks with some cool rocks. 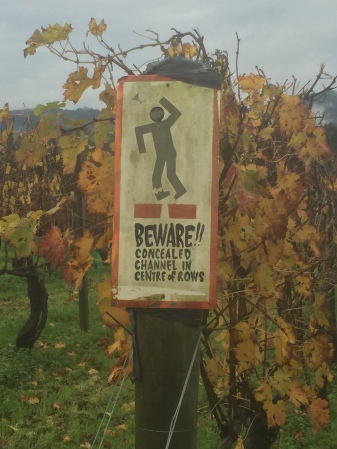 Sweet staircase built into the cliff 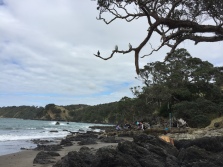 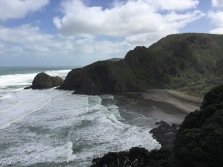 Cliffs and beaches along Auckland’s west coast near Piha

I never pass up a chance to help out a fellow PhD student with fieldwork, which meant I took a couple trips down to Tongariro National Park to help out Mia, one of the other PhD students in the department who is researching the last several thousand years of tephra deposits from Tongariro volcano. We did a lot of driving around–it’s important to learn what deposits from each of the volcano’s eruptions look like (many of them have distinctive characteristics) and then identify those deposits in as many locations as possible.

Each outcrop often contains thousands of years of volcanic record 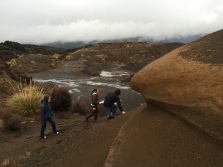 Benefits of fieldwork in an active geothermal area–hot pools at the end of the day!

Tephra Paradise! Surrounded by Tongariro history on all sides!

Jumping photos are pretty hard. (That’s Tongariro in the background.)

Here’s an example of what we do when we investigate an outcrop–mostly walk around pointing at stuff, discuss things, take notes (in superspeed!).

I’ve been lucky enough to have a few friends come visit me in NZ already. And when they do, of course I take them to see something geological! Recently my friend Katherine stopped by Auckland during her trip to NZ from the US. We took a trip out to the Coromandel Peninsula to see Cathedral Cove. It’s a pretty sweet collection of arches and sea stacks formed from millions of years-old ignimbrite deposits (volcanic deposits resulting from huge pumice-filled eruptions).

Tunnel eroded through the rock formation 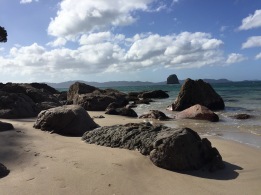 Looking out to the sea stacks from inside the cave 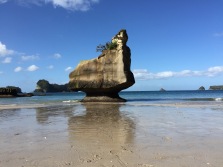 Hot Water Beach–a geothermal area where you can dig your own hot pool in the sand!

I mentioned not passing up a chance to help with fieldwork…that goes double when I get offered a chance to travel to do it! My officemate, Ben, is living in Vanuatu for three months monitoring Yasur, one of the world’s most active volcanoes. In September I got to go help him…and to see my first eruptions. That’s a YUUUGE moment for a volcanologist! I’ll try to do a whole post on that later, I certainly have enough photos! 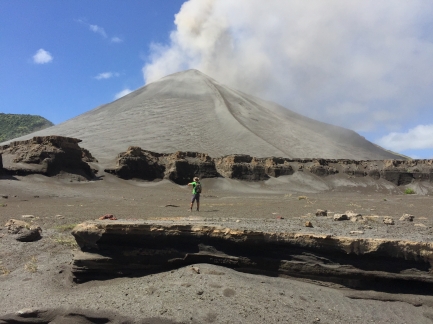 Yasur volcano in all its glory, as seen from a dried-up lake bed nearby

The eruptions were even more spectacular at night

And you can see them even a ways off from the volcano!