Rather than going home for the holiday break this year, my parents decided to come to me instead (I’m happy to provide a similar excuse for any of you to take a vacation). After significant planning, we arranged their visit into two parts, a week first on the South Island and then just less than a week back up North.

What did I do first thing when they arrived on Christmas Eve? Take them to a volcano, of course! 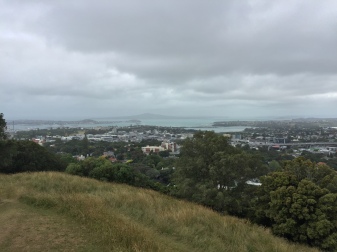 And a good view of the city.

Besides that, I took them around the city a bit–we had a day and a half to kill before flying to Christchurch. So we walked around CBD, went to the beach, and had a fun Christmas Eve dinner with some friends, etc. We even stopped at another volcano on the way to the airport!

Auckland Domain’s wintergarden in the rain. 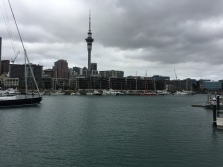 CBD from the viaduct. 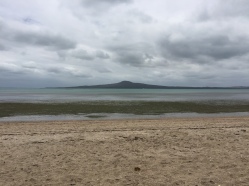 Rangitoto from the beach at St. Helliers 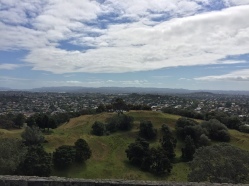 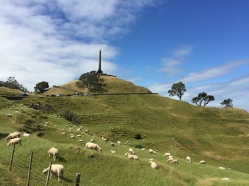 One Tree Hill volcano…seems like either more or fewer than one, though, depending on how you count 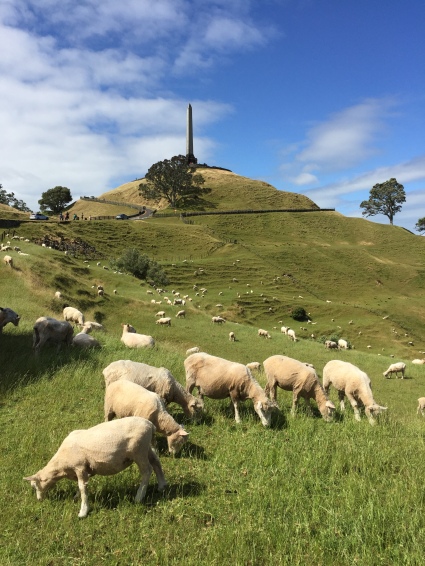 And then, wearing our lack of Christianity on our sleeves, we flew down to Christchurch on Christmas night (appropriate city, eh?).

Our first goal was to get to the South Island’s west coast. That’s where it all goes down. Or something. Anyway, it meant driving through the Southern Alps to get to the coast on the other side.

Some low mountains to get us started

Our nice rental car, the more modern, fancier version of my Auckland car

Hmm…those are some interesting rocks on a hill…maybe we should investigate.

Castle Hill (also Kura Tawhiti) was formed over millions of year from deposits of limestone back when New Zealand was under the sea. Years of deposition and then later erosion after the land had been uplifted led to the remaining limestone boulders stilling on top of the hills. Or, to you geologists, karst!

Kind of like Stonehenge, except bigger, and giant babies played with it and then didn’t clean it up

Offering myself up as scale 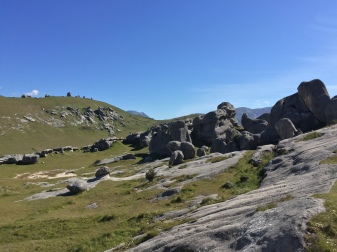 Apparently it’s a popular place for climbing, as evidenced by dudes climbing on stuff when we were there.

Once we were more solidly into the mountains we hit Arthur’s Pass, the area right in the middle of the Alps. The fact that they made a road through this place is pretty impressive (though there were even more impressive roads to come…). We also took a short hike to see Devil’s Punchbowl waterfall, and another nature hike that turned out to just be a walk along the highway…oh well, can’t win ’em all.

Right in the heart of the national park 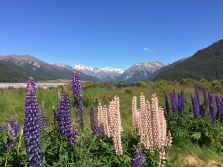 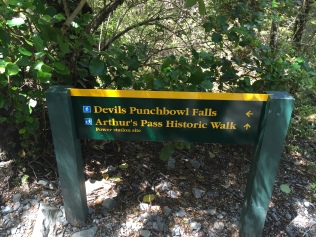 The Devil’s Punchbowl, wonder what kind of punch they drink in hell…

Now you see why it has that name 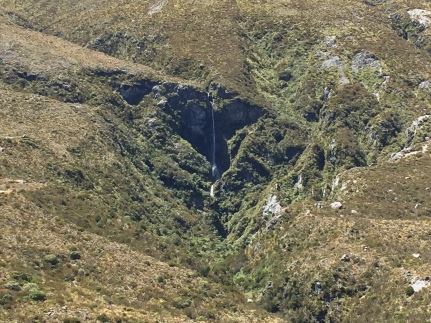 Another high, far away waterfall

After not too long, we’d already punched all the way through to the west coast. Our aim was to head south towards the bottom of New Zealand (can I call Invercargill NZ’s butt? Sounds mean, I guess, but I do it with love!), but we first took a worthwhile detour a bit north past Greymouth (Westland’s biggest town) to see Punakaiki, also called the Pancake Rocks (and for good reason). While generally I’m not much of a limestone fan, I’ll give it a pass if it makes awesome rock formations like these. 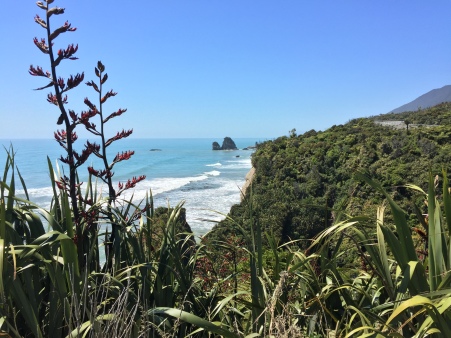 First view of the Westland coast 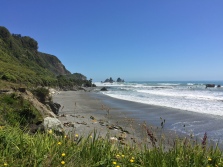 There was also a blowhole

A veritable feast of limestone! 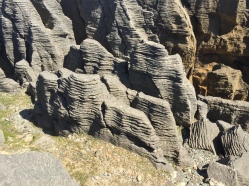 Walking among the stacks

After that we headed off to Hokitika, a first place to stop along the way. 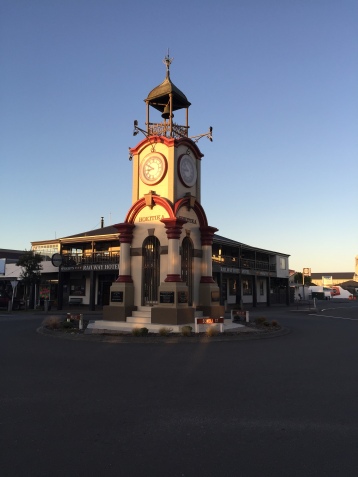 The next morning we headed to Hokitika Gorge, which is…a big canyon thingy carved out by erosion? And there’s water in it? Maybe a bridge over or something? Cut me some slack, I’m no South Island geological expert (nor limestone or karst for that matter)! 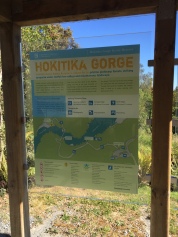 See, read the sign if you want to know stuff about the gorge

A bridge, I was right! 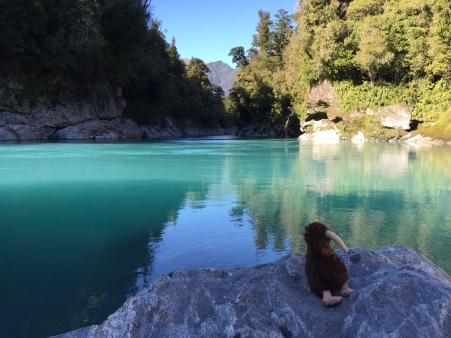 Mr. Kiwi chills on the shore 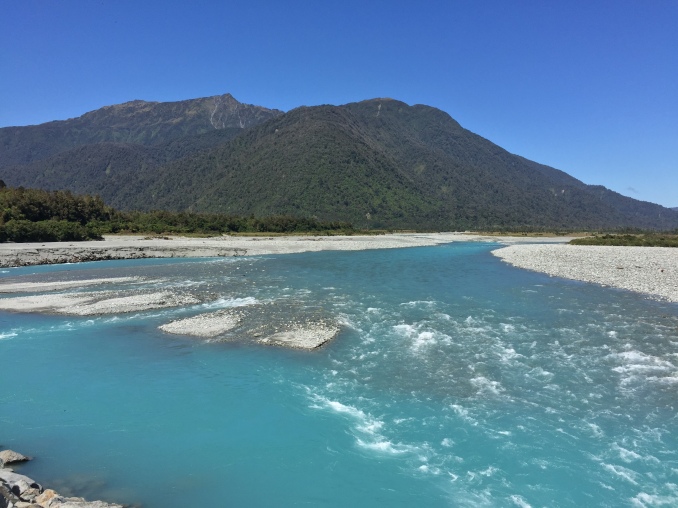 A river we passed later on with the same awesome color

From there it was on to the South Island’s famed glaciers…but that’s where we’ll pick up next time! Leave them wanting more! That’s what someone always said…